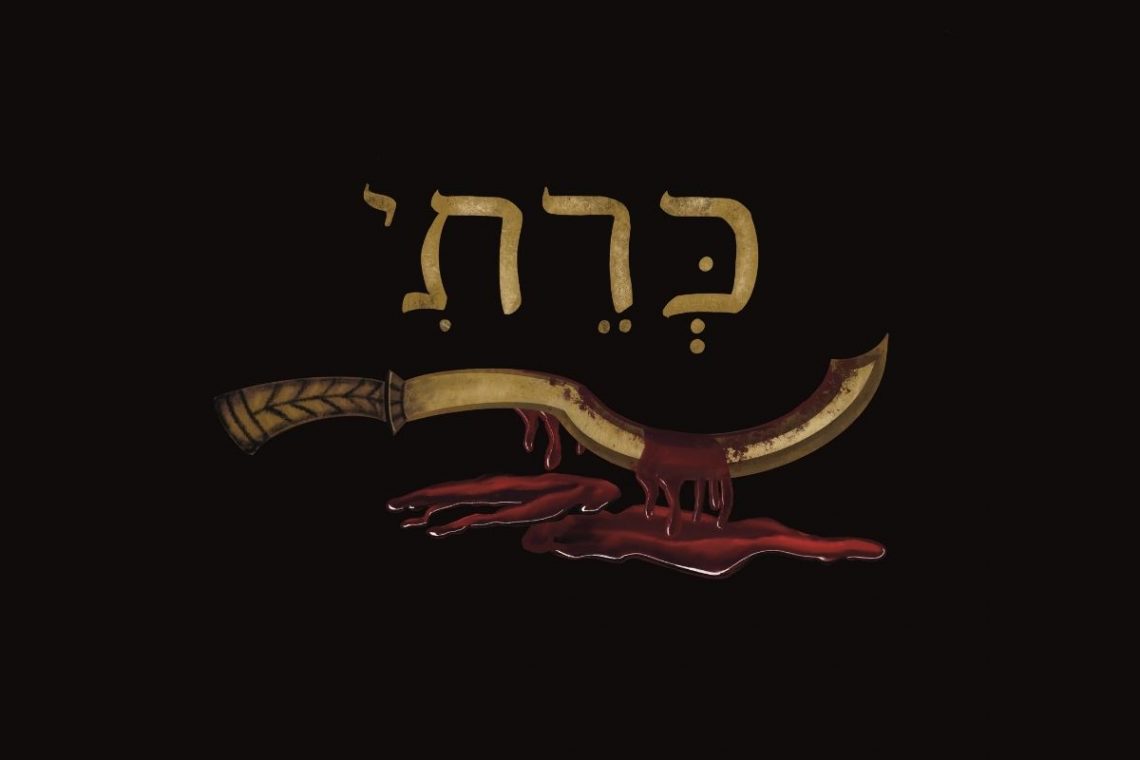 Cherethites and Pelethites made up King David’s royal guard and they had one very gruesome job, they were the nation’s chief executioners. These were not Israeli men, but mercenaries instrumental in helping David maintain his throne and establish Solomon’s. Who were these mercenaries and why would David use them instead of using his own people?

This verse appears in a section of the Bible that lists various officials who held important positions within David’s kingdom. The Cherethites and Pelethites were clearly significant military elements within the kingdom.

The Bible describes the activities of the Cherethites and Pelethites in the context of protecting royalty and/or squashing rebellions.

It is also telling that the Bible does not name either one during the wars of expansion. The army and militia seem to play a more important role then.

Therefore, the Cherethites and Pelethites were a type of royal guard. Their primary role, as we will learn was to execute enemies of the nation of Israel.

The Cherethites and Pelethites Were Foreigners

A mercenary’s allegiance is to their paycheck. While it is likely that King David compensated the Cherethites and Pelethites from the royal purse, there are some indications that these warriors’ allegiance might have been motivated by more than just money. So although they might not have been mercenaries in the true essence of the word, they were most certainly foreigners.

From Ezekiel 25:16 and Zephaniah 2:5, we can surmise that the Cherethites were possibly a Philistine clan. Some scholars also believe the Cherethites may have been originally from Crete because of the similarity in the name, but their true origins are unknown. 1 The Bible also references the Cherethites in I Samuel 30:14 when the Amalekites raided the “Negeb of the Cherethites” before David became king and was still on the run. So we at least know that the Cherethites had established themselves as a people in the Negev Desert during the time of David.

Why Use Mercenaries as Royal Guards?

Why would David choose foreign mercenaries to be his royal guards? Wouldn’t men from Israel be more loyal? Or even men from his own tribe of Judah?

David was not the first in history to use mercenaries as royal guards. David’s use of Cherethites and Pelethites is akin to Byzantine emperors using Norsemen as part of the Varangian Guard. David probably saw in the Cherethites and Pelethites what the Byzantine emperors saw in the Norsemen — a lack of political affiliation. That is an important virtue when choosing the men who will protect you.

The history of David’s reign shows us that he was not incorrect. There were a lot of betrayals including two coup attempts by his own sons, treason by Joab his nephew and commander of his army, and treason by trusted priests, and other officials.

An additional consideration for David was the tribal nature of the nation of Israel. David always ran the risk of men holding on to tribal allegiances. Instead of mercenaries, if he had only employed men from Judah, he would run the risk of upsetting the other tribes. Mercenaries just made sense in the political climate in which he reigned.

How They Came To Be In David’s Employment

The Bible does not explicitly tell us, but one Bible verse does give us a clue.

This same band of Amalekites who had raided David’s camp and taken his wives and children captive had also raided the Cherethites. It seems possible that during this time period David gained the admiration, if not allegiance of the Cherethites who had also suffered at the hands of the Amalekites. This is conjecture, of course, but it is consistent with the strong allegiances David built during this time period not only with his mighty men, but also with other foreign nations.

Commanded by an Israeli Warrior

Even though the Cherethites and the Pelethites were foreigners, the person with overall command of their activities was an Israeli from the tribe of Levi. His name was Benaiah. He was a skilled fighter and I consider him to be one of the Bible’s greatest warriors.

David’s choice to keep the command under Israeli control was prudent and his choice for the position was excellent. Benaiah was loyal throughout David’s reign and into Solomon’s. That kind of loyalty was necessary for the one commanding the royal guard.

Did the Cherethites Serve Other Israeli Kings?

There is reason to believe that the Cherethites (and possibly the Pelethites) continued as royal guardsmen through subsequent kings. This observation is not apparent in a cursory reading of the Bible, but the connection is found in the Hebrew word behind the word translated as Cherethites.

According to Strong’s Lexicon, that Hebrew word in its unconjugated form is transliterated as kᵊrēṯî The lexicon notes that kᵊrēṯî might be derived from the root word kāraṯ. So although kᵊrēṯî doesn’t appear again in conjunction with any other king, the word kāraṯ does.

The word kāraṯ appears in II Kings 11:4 and II Kings 11:19. In this part of scripture, during the divided kingdom, the evil Queen Athaliah was consolidating power in Judah. She had the royal family murdered to eliminate anyone who could have a claim to the throne. Princess Jehosheba rescued her nephew, a baby boy named Joash, and the priest Jehoiada hid him in the temple until he was seven years old.

Here is where the kāraṯ comes in. Jehoiada, the priest, brought the captains of the kāraṯ (in English “Carites”) and others to protect the young boy in preparation for his coronation. Athaliah was executed and the boy became king.

There is an uncanny parallel between the coronation of Solomon and the coronation of Joash. Both kings were in danger because someone else had laid claims to the throne. Both kings were anointed and crowned by outwitting the unlawful monarch. And both were crowned under the protection of the Cherethites (in Solomon’s case) and Carites (in Joash’s case). The connection between the two Hebrew words with the contextual parallels between the account of Solomon and Joash indeed renders the possibility that the Cherethites and Carites were one and the same.

The Relationship Between the Cherethites and the Priesthood

The two accounts also highlight an interesting relationship between these royal guards and the priesthood. In the case of the Cherethites during the reigns of David and Solomon, their leader was Benaiah who belonged to a priestly line. He was a descendant of Aaron.

In the account of Joash, Jehoiada the priest is the one who leads the Carites to protect the king. In II Chronicles 23 we learn that the Levites also protected the Joash presumably along with the Carites.

The Levites, biblically have been seen as protectors of God’s will, the symbiotic relationship between the priesthood and the royal guard may have emanated from the need to protect the line of David. Biblically, the protection of this line supersedes any human motivation to preserve a dynasty or family. The primary purpose behind it would have been to guarantee the birth of the king of Kings.

We have established that the Cherethites and Pelethites were foreigners. However, their names also give us a clue into their specific roles within the royal guard.

The name Cherethites comes from a root word, which we discussed above, that literally means “to cut off.” According to Strong’s Lexicon/Concordance, the implied meaning is that of an executioner. That is consistent with Benaiah’s role as chief executioner. Even though he was neither a Cherethite nor a Pelethite, he was their commander.

The name Pelethites only appears in the Bible in conjunction with the Cherethites. The root Hebrew word behind Pelethites literally means “swift” and Strong’s Lexicon/Concordance defines Pelethites as couriers.

Just as each tribe in Israel had a military specialty, other tribal groups could also have their own unique skill. For example, the people group from the Balearic Islands off the Coast of Spain produced some of the world’s best slingers in ancient warfare. So it would be possible that within the royal guard, the Cherethites and Pelethites each had their own military specialty.

The Cherethites and the Pelethites clearly played an important role in David’s kingdom. Their foreign roots, on the surface, may seem problematic considering the objections God had made to intermixing with foreign nations. While foreigners like Ruth and Rahab, who were welcomed into the fold, left their pagan gods to worship the one true God, we have no evidence that the Cherethites (at least the ones employed by David) did the same.

I have made the case in Who Were David’s Mighty Men (The Thirty), that some foreigners who gave their service to David, like Uriah, had likely given up their pagan practices, we cannot be sure about the Cherethites and Pelethites. Certainly, as a people group, they had not. Ezekiel 25:16 and Zephaniah 2:5 make that clear.

And yet, David’s practice of using the service of foreigners does not seem to be condemned. It is probably because even if they had retained their pagan worship, they were not intermarrying with Israelis. But one thing is certain, they were executioners of God’s will and along with Benaiah, key figures in the establishment of the Davidic Kingdom.

King David, The Rise of the Warrior King 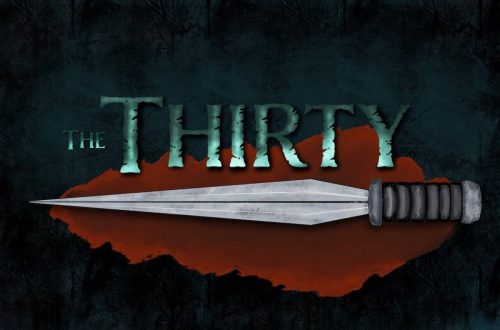 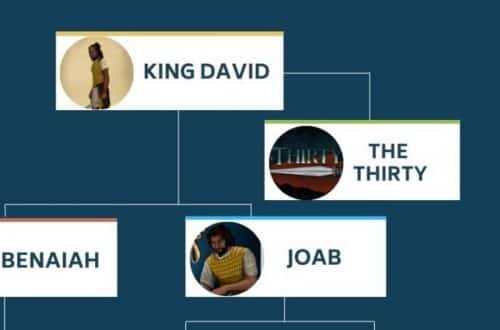 The Organization of David’s Military